You are here: Home » News » Can algae unlock the secrets of photosynthesis?

Can algae unlock the secrets of photosynthesis?

Can algae unlock the secrets of photosynthesis? 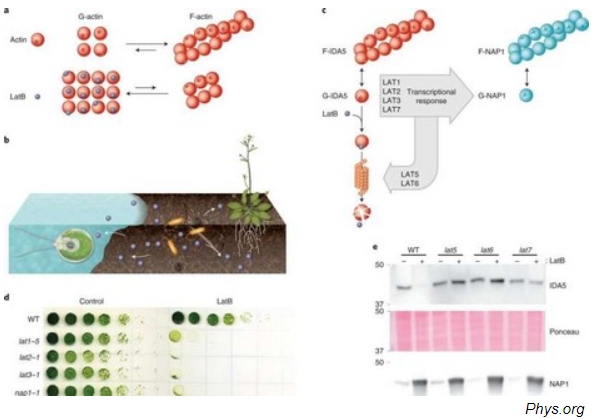 A team led by current and former Carnegie plant biologists has undertaken the largest ever functional genomic study of a photosynthetic organism. Photosynthesis is the biochemical process by which plants, algae, and certain bacteria are able to convert the Sun's energy into chemical energy in the form of carbohydrates.

"It is the foundation upon which life as we know it is able to exist," said Carnegie's Arthur Grossman, a co-author of the paper. "It makes our atmosphere oxygen-rich while capturing a percentage of the climate-change-causing greenhouse gases, mostly CO2, that are spewed into the atmosphere by human activity, and it is the mainstay of our food supply."

Yet despite its fundamental importance, many of the genes associated with photosynthesis remain uncharacterized. Luckily, algae present an accessible vehicle for elucidating the genetic information that underpins this vital process.

A catalog of mutants of the single-celled photosynthetic green alga Chlamydomonas reinhardtii that Princeton University's Martin Jonikas initiated during his tenure as a Carnegie staff associate enabled a collaborative team of plant scientists to begin to understand the functions of thousands of genes that are present in photosynthetic organisms.

Read the complete article at www.phys.org.